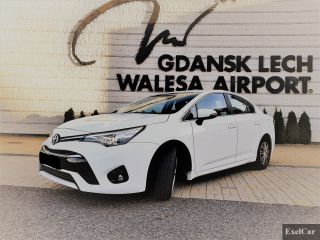 Today, when the history of the Japanese Toyota Avensis model is slowly reaching its end, you can risk a statement that it is a record of mainly positive memories of the brand's customers. Since it was announced in 1997 as the successor of the Carina E project, it has remained at the top of the sales lists throughout Europe, convincing itself with its engineering attention to detail, price and relative reliability.

The last, third generation has been available since 2008 in its station wagon and sedan version, and in 2011, at the motor show in Frankfurt am Main, the Toyota Avensis, modernized for the first time, was shown: with a new grille and a new shape of lamps, it was supposed to look more modern. The motive for the second interference in the project in 2015 was an investment that was to postpone the resignation from Avensis. The front and rear of the car have been given an almost new look, matching them with the style of the rest of the offer, and the suspension and steering system have been designed to bring the competition into a balanced fight.

The Toyota Avensis available from us has the power of 147 HP in the 1.8 version of the petrol engine. Despite its size, the car is manoeuvrable and economical, and the design of the cockpit - interesting, aesthetically controversial and emphasizing the brand. Try it, welcome.